One strategy for teaching the names and sounds of the alphabet letters is through frequent, repeated readings of ABC books, as we discussed in last week’s post, Teaching the Letters of the Alphabet: Using ABC Books.

We need to be intentional about which books we are choosing for the specific objective we want to accomplish. In a previous post, Teaching Letters of the Alphabet Using ABC Books, we examined books that address the learning target of teaching letter names for both upper- and lowercase letters. 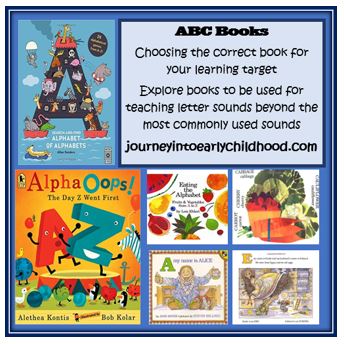 With intentional choosing of books and guidance from the teacher, we can also use ABC books effectively to help expose, practice and explore the sounds of letters and even all 40 sounds of the alphabet.

CHOOSE with INTENTION based on your objective. Let’s explore books that go beyond beginning teaching of the letters of the alphabet and their most commonly used sounds.

The books below can be used to teach letter sounds beyond the most commonly used sound, letters in all positions in words, and applying letter sounds.

A My Name is Alice by Jane Bayer and Steven Kellogg 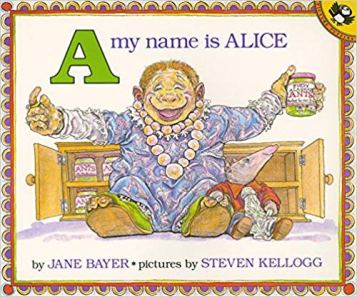 LOTS of words that start with the same letter in one sentence. This book is one of my favorites since it has SO many different extensions and learning opportunities.

Q is for Duck by Mary Elting and Michael Folsom 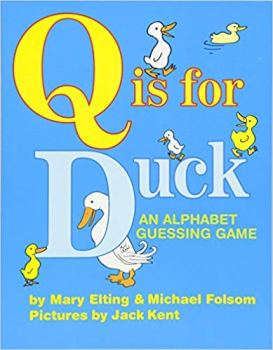 Eating the Alphabet: Fruits and Vegetables from A to Z by Lois Ehlert 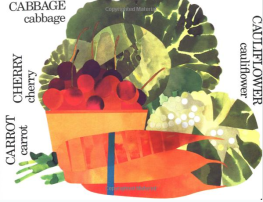 Search and Find: Alphabet of the Alphabets by AJ Wood

Both of these books are excellent for comparing all of the different sounds that can be made with one letter and letter combinations starting with that letter.

The Alphabet Book of Lowercase Letters by Helena Feltus

Great book for showing the letters of the alphabet in all places within a word, not just at the beginning. This is another favorite of mine since we want children examing letters in words in all positions and this book shows both upper- and lowercase letter.

Great book for examining the letters in random order. The book refers back to letters multiple times as the letters argue and discuss the order in which they should be.

Debra S. Honegger has worked in multiple areas of education- both general education and special education- as teacher, consultant, administrator and instructional coach- with ages from birth through adult. However, no matter where she is or what her title, she holds a firm belief in meeting the needs of each individual child while coming together as a community of learners. View all posts by DHonegger